I've been proud of the selection of local craft beer readily available at Citizens Bank Park for quite a while. (It's not just me: check out #5 here.) But it looks like the O's are one-upping us: Friday night home games will now have cask ale from Flying Dog in Camden Yards, beginning April 27. Excerpts from the press release:


Flying Dog is available at 20 locations in the park, including the Roof Deck bar and a Flying Dog storefront location that will offer beer pairings with locally-inspired foods, like Old Bay corn dogs. The chefs at Camden Yards will also use Flying Dog beer as an ingredient in some of this season’s food pairings. “Our ‘Firkin Fridays’ will highlight the growing popularity of not only craft beer, but also real ale,” [brewery sales VP Brian] Savage said, “which is a great fit for America’s pastime.” 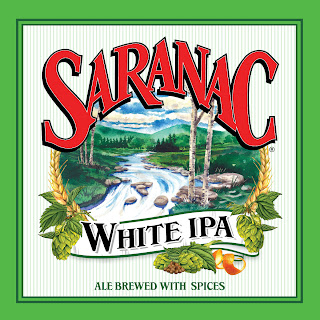 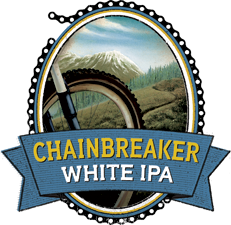 The other is Deschutes Chainbreaker White IPA, and it's a polar shift. Much less cloudy, light and airy-looking, and much more wit-like in aroma; weird that the west coaster is less IPA-like, eh? Smells almost classically like a Belgian white: orange lacing (from the peel and the Citra hops?) around fresh coriander, with hints of grassy/piney hops in the back. Very refreshing as the spice and light malt whirl about in the mouth, the orange lofting high on the palate, and finally coming to a finish where the hops do finally make a restrained full entrance. Quite the different execution, deftly delicate, and one that puts me in mind of a hot, dry afternoon in a hillside forest; pulling a sixer of this out of a cold stream would be a great interlude on such a day.
Posted by Lew Bryson at 16:13 7 comments:


New Belgium Brewing Announces Asheville as Site for Second Brewery
Brewer will expand production capacity with east coast facility
Fort Collins, CO, April 5, 2012 - New Belgium Brewing announced today that Asheville, NC has been selected as the new location for a second brewery. The 400,000-barrel brewery and packaging facility will provide New Belgium with additional capacity allowing the Colorado-based brewer to expand into new areas of distribution. Upon completion in 2015, the facility will initially create 50 new jobs in the Asheville area with more than 100 positions expected at full buildout.
“After several years of searching, we are incredibly excited to have landed in Asheville,” said Kim Jordan, CEO and co-founder of New Belgium. “From the deep sense of community to the rich natural environment and the opportunity to revitalize a brownfield site near a vibrant downtown, Asheville has everything we’ve been looking for in a location for our second brewery.”
The 17.5-acre site located in the heart of the River Arts District will accommodate the 150,000 sq. ft. facility. The brewery will feature a 200-barrel brewing system, a tasting facility, and a process wastewater treatment center on-site. Tours will be available to the public. Total cost projections are over $100 million.
“Today’s announcement by New Belgium will enhance the craft brewery cluster that is growing in North Carolina,” said Gov. Bev Perdue.  “The jobs and investment the company is committing will be a major boon for the region and for the state.”
Construction is expected to begin in early 2013 with beer rolling off the line in early 2015.
Time to move on, Philly. Wonder if Gary Fish is interested in Deschutes East...
Posted by Lew Bryson at 17:02 10 comments:

Saturday I drove out to Louisville for the American Distillers Institute craft distilling conference (I'll be blogging about that at the Whisky Advocate blog). Just didn't feel like dealing with the airport again, so I loaded up the TDI and headed west. I had packed a turkey sandwich for lunch (home-roasted turkey breast with some Penzey's Galena Street rub and a raspberry-wasabi mustard on sliced miche, and damn, but that was good); then 5:00 found me just outside of Cincinnati, and I took the recommendation of a Facebook friend to get dinner at Mecklenburg Gardens. Good call: the Kostritzer schwarzbier was clean and fresh as a whistle, and the goulasch was rich and tasty, sitting on fresh-made spaetzel. Nice couple from Indianapolis at the bar, too; we talked all through the meal.

I got into Louisville about 8:20, and holed up in my hotel room till about half an hour after the UK/UofL game was over...and then went out to get a beer. I walked down to the Bluegrass Brewing Company taproom on 4th Street, dropped at the bar, and after considering the sessiony Altbier...went for the Duppy Conqueror, which they described as a "Belgian porter." Tasted more like a roasty dubbel, but hey, there's crossover territory there. Had one more -- a 7.5% Rye IPA that was spicy/hoppy, but maybe a bit heavy for my tastes; I like rye IPAs a bit crisper -- and then called it a night; it was a long day of driving.

Next morning I went to Palm Sunday mass with friends, who then took me to brunch at -- I was going to keep that to myself, actually, because it was nice enough that I wanted to keep it a secret, but that's no way for a blogger to be! We went to 211 Clover Lane, tucked back in a quiet little corner, and had a great meal; I had a great plate of shrimp and grits with tomato gravy (with a lemon cranberry scone before; delicious). There was a good selection of whiskeys, but I just wasn't quite ready for that yet.

I left after this nice quiet moment with my friends and their kids (3 year old daughter and a newborn son, and just beautiful), dodging the remaining thunderstorms that had been blasting through the area since I woke up. By the time I got back closer to downtown, I was ready for a drink...and stopped at Against the Grain, the brewpub at the ballfield. Candace set me up with a Keller Zwickle, a sharply fresh unfiltered lager in a big half-liter willibecker, which just put a beautiful spin on the day for me. I followed it up with a Smoke, a rauchbier that was pounded with smoke, just the thing for a place with barbeque (and smoked cabbage, which I got a side of; delish stuff).

The day was just getting nicer, so I headed across the Ohio to New Albany, aimed at New Albanian Brewing's in-town premises, Bank Street Brewhouse. Now it was time for session beer! I started right in on an imperial pint of Community Dark Mild, one of my favorite American session beers (3.7%, chocolatey and dryly malty). New Albanian owner Roger Baylor popped up -- he was enjoying the day himself -- and introduced me to the guys from Flat 12 Bierwerks from Indianapolis. They're participating in Session Beer Day -- as is New Albanian, in a big way, sounds like as many as seven session beers on tap that day! -- and we had a great talk about it. Then after a glass of Tafelbier (4% Belgian pale ale, and tasty-delicious-spicy), I gave Roger and his friend Jared a ride over to the ADI conference...at which point this becomes the ADI story, which you'll have to read at the Whisky Advocate blog when it goes up. I will tell you that I'm down in Bardstown now, eating country ham -- for work! -- drinking coffee, and going bourbon shopping (gotta take the opportunity when I'm "out of control").
Posted by Lew Bryson at 17:45 3 comments: