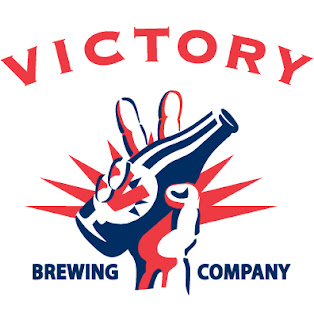 Just got this from Karen at Victory: the Downingtown brewery will reach capacity in 2012 (which I'm guessing means that they are not able to get more space at the current location), so they're going to be building a new additional brewery not far away in Parkesburg, PA. The water will come from the west branch of the Brandywine (see the whole water explanation below), so they can still make Headwaters there.
Congratulations to our booming local!
Victory Brewing Announces Expansion Plans
Second brewing facility will create more beer and more jobs.
DOWNINGTOWN, PA – Victory Brewing Company is opening a second brewery in Chester County, Pa., which will allow the company to continue to create new, innovative beers and additional employment opportunities.
In 2012, Victory’s current brewery in Downingtown, Pa. will reach capacity. In order to keep up with consumers’ demand for full-flavored, high quality beer, Victory is forging ahead with expansion plans.
“Our thirsty fans have been asking us for more,” said Bill Covaleski, President and Co-Brewmaster of Victory Brewing Company. “In order to give them what they want, we need more space to make it happen.”
The new brewery location was chosen because of its similarities to Victory’s home in Downingtown. Just as the home brewery recycled an old Pepperidge Farm factory, the expansion brewery is being built within an existing complex in Parkesburg, Pa. The Downingtown location is situated a mere 14 miles from the headwaters of the east branch of the Brandywine Creek and the Parkesburg brewery will be just 17 miles from the headwaters of the west branch.
Environmental impact and water quality were major considerations for this expansion. Nearly eight months of water-quality research found that the mineral composition of the west branch water is nearly identical to the east branch.
In keeping with Victory’s “locally brewed, locally loved” motto, the choice to expand was not made lightly. The Parkesburg location will allow Victory to produce even more locally brewed and locally loved beer.
“Growing into a new facility will have some growing pains,” said Ron Barchet, CEO and Co-Brewmaster of Victory Brewing Company. “But once we are up and running, it will allow us endless opportunities to experiment with new flavors and re-create old favorites.”
Posted by Lew Bryson at 09:16

Glad to hear they are reusing an existing building, they should be applauded, unlike some other "green" breweries from the west coast that are building on greenfields in north carolina.

Any idea if this will be a second brewpub, or brewery only?

Beer has been better than the food in the Downingtown location of late. Still among the finest brewers in the land.

It is my understanding that a retail operation will ultimately be established at the new Parkesburg production facility. It will likely be in the form of a beer garden!!

Long-term is good by me; Parkesburg ain't exactly ON the beaten path...though it is right on the rail line. Anyone know how far the new place is from the train station?

Looks like about a mile. Victory has an "expansion" web page up which shows the location clearly (but you could also deduce it from their photo and google maps)