Got your attention? Well, it's just for fun...mostly. It's all part of New Belgium's celebration of their 20th year of brewing, and an anticipation of their celebratory Super Cru, a 're-imagining' of Fat Tire. I got the press release today, and that headline was just too good to pass up. Here's the story. 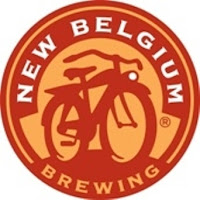 New Belgium brewmaster Peter Bouckaert did say “I’ve always hated Fat Tire…” about the brewery's near-iconic Belgian-type pale ale, but he's talking about brewing it, not drinking it. “It’s the hardest beer for us to make,” he said. “The hop/malt balance required makes me pull out what little hair I have left… [but] the Belgian inspiration, the elegance – it’s worth every ounce of frustration.” (For the record? I enjoy drinking a fresh Fat Tire, but like Anchor Steam, it's really at it's best when snapping fresh. My favorite New Belgium beers are probably Blue Paddle Pilsner and 1554 Black.)

So, about that Super Cru...they're talking about a June release. What is the Super Cru? They don't know yet; it's "a riff on the classic Fat Tire that is still in development." Bouckaert spoke to that: “Do we go big and hoppy? Maybe sour? Add fruit? I do not know yet. It will be something memorable and probably it will make us crazy getting there.” So...completely bald by June.

Interesting to compare this to Victory's Headwaters Pale Ale anniversary beer. Super Cru sounds like a one-shot (although, to be fair, so did La Folie when it first came out, so you never know), and something ...a bit *extreme*, while Victory deliberately skirted that with Headwaters, choosing instead to make a beer perhaps more like Fat Tire, a popular, accessible, "shareable" beer that would become a regular year-round offering. Which is better? Does one have to be better? More beers, more choice: that's better.

And more 20th anniversaries for craft brewers: that's great! Congratulations to all at New Belgium, particularly to co-founders Kim Jordan and Jeff Lebesch, brewmaster Bouckaert, and to the current owners of the brewery: everyone who's worked there for at least a year, which is one of the completely awesome things about New Belgium...but only one of them. It's a pretty amazing company. Cheers!
Posted by Lew Bryson at 10:43

I've always hated it too, because it's boring as hell. And what is this supposed "Belgian" character?

Not really saying anything except what I'm saying...which is that there's 'hate' and 'hate,' and that "Belgian" is a many-splendored thing.

I am really getting bored with "hate" and "haters", etc. The same sentence could read "I don't understand..." and convey far more meaning. For example, I am not sure I understand Rare Vos.

Now all we need is New Belgium to be distributed in PA....

Yeah, well, even gun to my head, I'd probably pause on fresh FT v. fresh Bass!

Even without a gun to my head, I'd take Budweiser or Bass over Fat Tire. Just my taste preference, and I do like some New Belgium brews. But honestly -- figurative gun to your cred -- can you describe the Belgian character of Fat Tire? Drinking it, would you think it was inspired by any Belgian brew style? I read the NB brewmaster's words and thought "He's just saying stuff."

Well, yeah, Bill. I think it's inspired by Belgian pale ale. Straight up.

Rumor has it that New Belgium is headed to the Keystone State within the next two years. I know of a distributor already lined up and expanding facilities, supposedly to accommodate the brand.

Sam K, I also know of a distributor that is expanding to handle the forthcoming liebotschaner cream ale re-entry.

Lee, please wipe up the sarcasm that is dripping profusely from the corners of your mouth!

"Well, yeah, Bill. I think it's inspired by Belgian pale ale. Straight up."

Totally agreed. I think Fat Tire is misunderstood because it's not an extreme Belgian. Although there is plenty of that Belgian character in the beer if you take the time to get into a glass full.

What does Lew always say about blind tasting? Have someone set up a blind side-by and then make an assessment.

I went to grad school in Fort Collins ('01-'03, before New Belgium expanded east of the Mississippi) and enjoyed it fresh, though I preferred Odell's 90 Shilling (the other ubiquitous craft beer in Fort Collins). When they introduced it to Chicago, however, I find there's often a cheese-like quality that I associate with stale hops. Obviously the hops can't stale in the bottle so it must be due to something else, but regardless the QC seems lax.

As far as the "Belgian character" is concerned, to me it's most obvious in the yeast (though I'll admit it's much more subdued than in other New Belgium offerings).

I tried fat tire for the first time this year(We don't get New Belgium in Rhode Island. I wasn't that impressed. I don't really get what the big deal is.

I absolutely love Fat Tire and so glad I can now enjoy every pint of this amazing brew at my local Beef O'Bradys ☺ Bass is a fine brew too but not as refined. Thank the Lord there are still some amber drinkers out there or else there would be nothing but nasty IPAs to select from. Keep up the excellent work New Belgium!