Steve Nordahl... Anyone recognize that name? 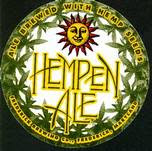 I opened the Brewers Association Forum e-mail this afternoon, and a name caught my eye: Steve Nordahl. Not a common name, Nordahl, and I knew I'd seen it before. He was writing from a new brewery, Lone Peak, in Big Sky, Montana, asking for advice on pulling the trigger on a small canning machine. Hmmm.... Steve Nordahl....

Then it hit me, and Google confirmed it. Steve Nordahl was the head brewer -- and original brewer -- at Frederick Brewing (and that's a wildly incomplete entry, even for Wikipedia), the Maryland brewery that did a really spectacular expansion (one of the first beer stories I ever wrote about) and similarly spectacular IPO, built a huge, beautiful brewery outside of Frederick, Maryland...and then crashed, hard, when they apparently staked their future on the success of Hempen Ale, a beer made with sterilized marijuana seeds (which was good enough, but not amazing).

I talked about Steve and Hempen in a story I did later.

"It was an odd moment. I was in the Frederick Brewing tasting room, idly sifting through a bowl of marijuana – er, hemp seeds and talking to brewer Steve Nordahl about Hempen Ale. I had just realized that Nordahl and his partners were staking the future of the brewery on the success of Hempen Ale, brewed with those seeds. "You’re betting the brewery on a gimmick?" I asked. "No!" said Nordahl, eyes gleaming. "It’s not a gimmick, it’s a novelty!"

It turned out, as I said in the story, to be a distinction without a difference. Hempen generated a lot of first time sales on the dope imagery, but not many repeat sales. It may have been ahead of its time, a beer with "too much flavor" for the people who were interested by its promise. Nowadays, it might have a better chance.

The last I heard, and it was strictly a rumor, Steve Nordahl was day-trading stocks out of an RV. That was about ten years ago, and it was a sad loss, because Steve made some damned good beers. (Funny thing: the brewery managed to stay open, one way or another, through some incredibly hard times, and has now been bought by Flying Dog...who actually closed their brewery in Colorado and landed completely in Maryland.)

Anyway, it was a weird moment. I e-mailed him, and hope to hear what he's been doing, and what the Lone Peak story is. No one ever truly leaves brewing, eh?
Posted by Lew Bryson at 16:18

Steve's been hanging with me talking old war stories...

I remember the hype. beer was OK. I bet nowadays it would better

Advice on a small canning machine? I wonder if he means the Cask machine we use? I could maybe give him some dope (sorry, couldn't resist!) on that, if he's interested.

I'm here and yes, I'm back in the brewing biz. After leaving Frederick...and there were many reasons beyond Hempen Ale that the brewery ran into financial troubles. Anyway...I did travel the country with my laptop, but mostly what came out of that was my next business venture building a hosting company. I ran that very successfully for 5 years before selling it, and facilitating building my own brewery here in Big Sky, MT. Yes, we are looking at a small canning machine to better take advantage of the peaks and valleys of being in a small resort town.

Great to be back in the biz, have had some great friends in brewing over the years and I'm looking forward to getting to the Brewers Conference and GABF this year.

Well, damn, Steve, good to hear from you. Glad you're doing well, too. Thanks for stopping by; best of luck on the new venture.